Shrovetide (Zapusty) customs – „Walking with a Goat” in Kuyawia Region

Each year, in Shrovetide (Zapusty), there are processions of people in costumes on Kuyavia roads. In some places, such as Szymborze (district of Inowrocław), Świętosław, or Wichrowice, the custom has been unintermittedly continued for several dozen years. It is practiced in i.e. Plebanka, Zbrachlin, Przybranowo, Osięciny, Lubań, Waganiec, Lubraniec, Kruszyn, Mikanowo and many, many others. The procession initiators are the village inhabitants themselves, each year they spontaneously get together with a specific purpose. There is no abiding script and the inhabitants gain knowledge about the ritual from intergenerational message (among other things).

The Zapusty processions of people in costumes were and are spontaneously improvised. The carollers dance, sing, accost passers-by, stop cars. They come into backyards and invite housemates to join the fun. With their arrival, mascaron’s behaviour, they express best wishes of good fortune. In return of this they receive money, eggs, fruit, they are offered donuts and vodka. It is a new custom for the Zapusty procession to visit not only private homes but also schools, shops, offices.

In the present day the group members try to make their costumes as colourful and attractive as possible. With their appearance some of the characters refer to the world of film and fantasy literature (i.e. devils) or fairy tales (i.e. bears). To make mascarons more attractive visually, items such as colourful reservist’s cloths, soldier uniforms stylised as the ones from Duchy of Warsaw period, carnival and Halloween masks are used. The groups are more numerous, even twenty-person big, which is why sometimes there is more than one horse, stork, devil.

It happens that the carollers are not only boys and men like in the old days, but also women and girls. The folk band musicians or fireman’s orchestras which join the people in costumes, most often play popular melodies, often of disco-polo genre.

Despite the fact that contemporarily ‘Walking with a Goat’ is dominated by fun and care for visual attractiveness, it has kept its old form both in costumes and in the course themselves. For the participants of the ritual, an opportunity to present themselves outside their own environment is an event called ‘Zapusty Groups Procession’. It is organised by the Kuyavia and Dobrzyń Land Museum in Włocławek which since 1986 has been invited groups from south-west Kuyavia to participate in colourful processions on city streets. Though the spectators sometimes compare them to the carnival masquerades popular in Europe, it should be remembered that they are in fact a part of carolling celebrations of folk ritual year of pre-Christian origins. 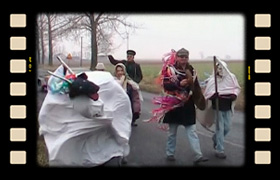 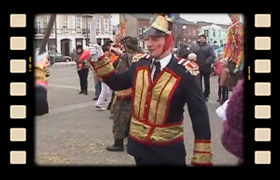 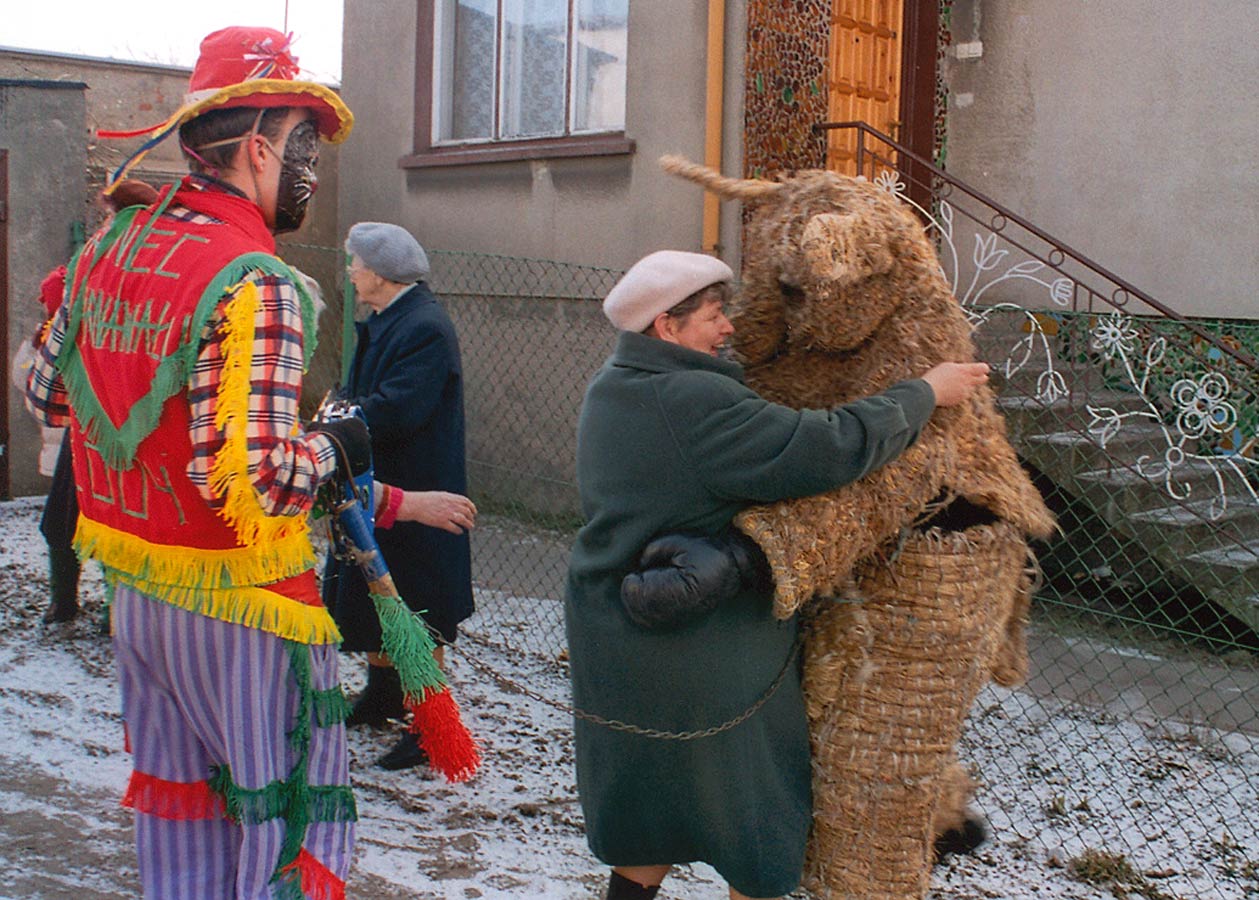 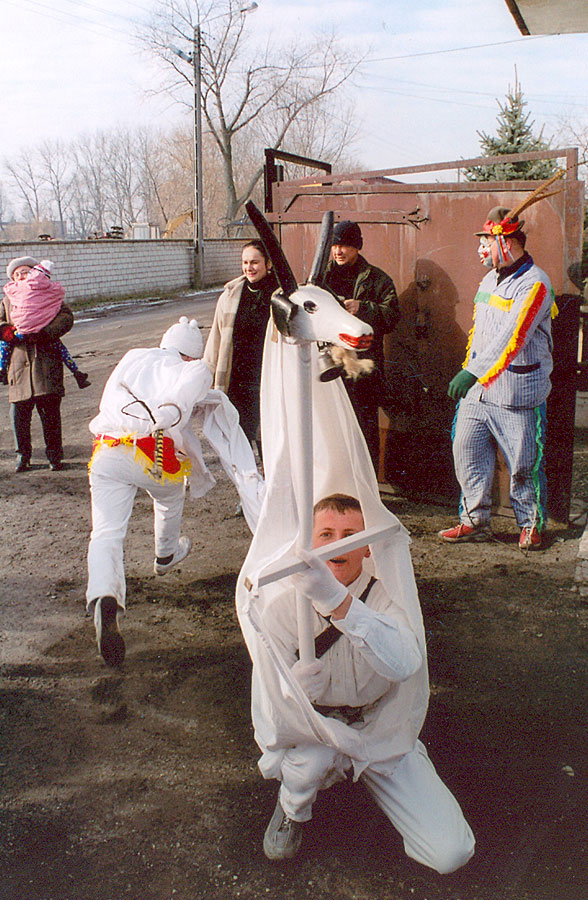 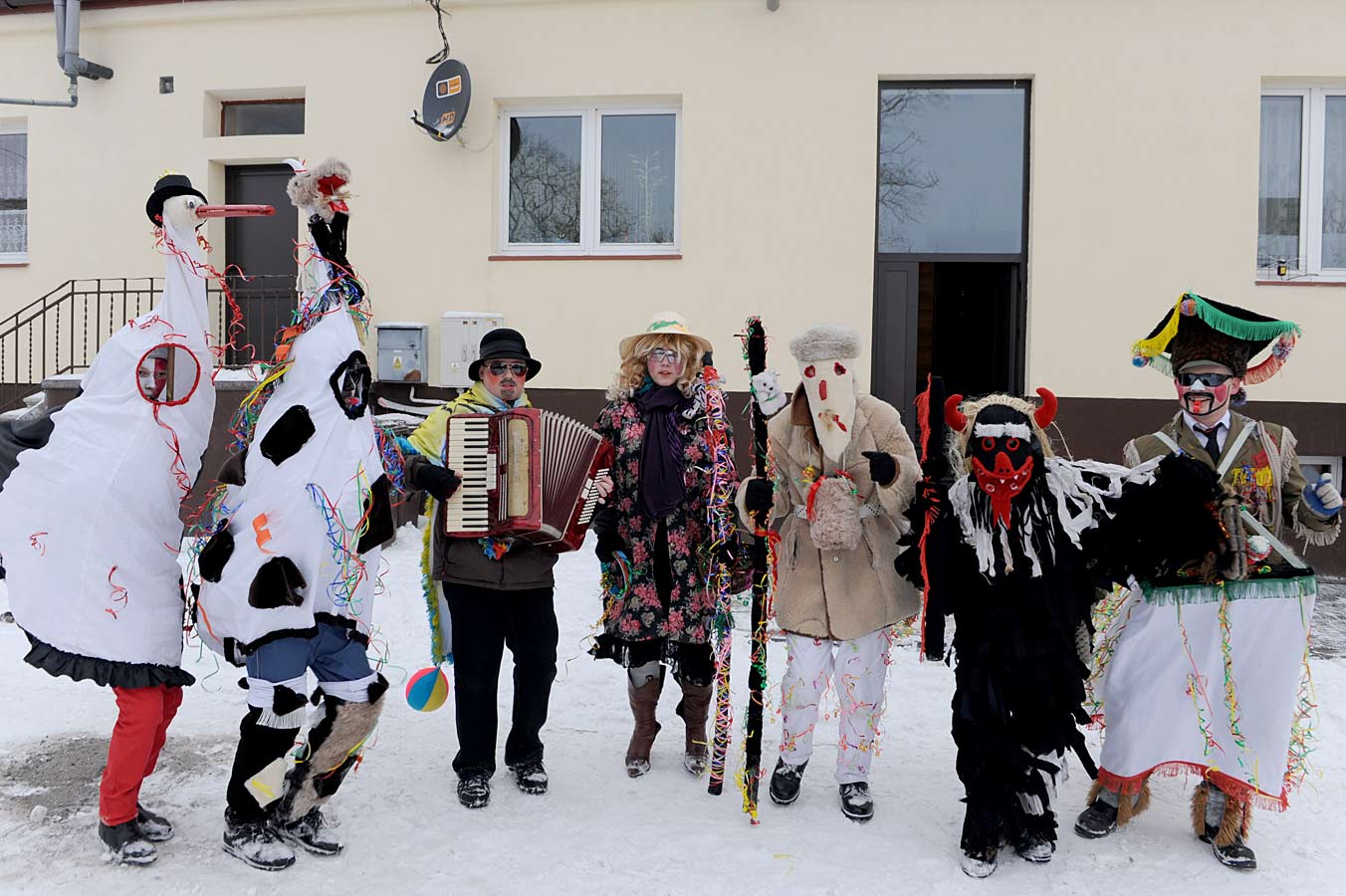 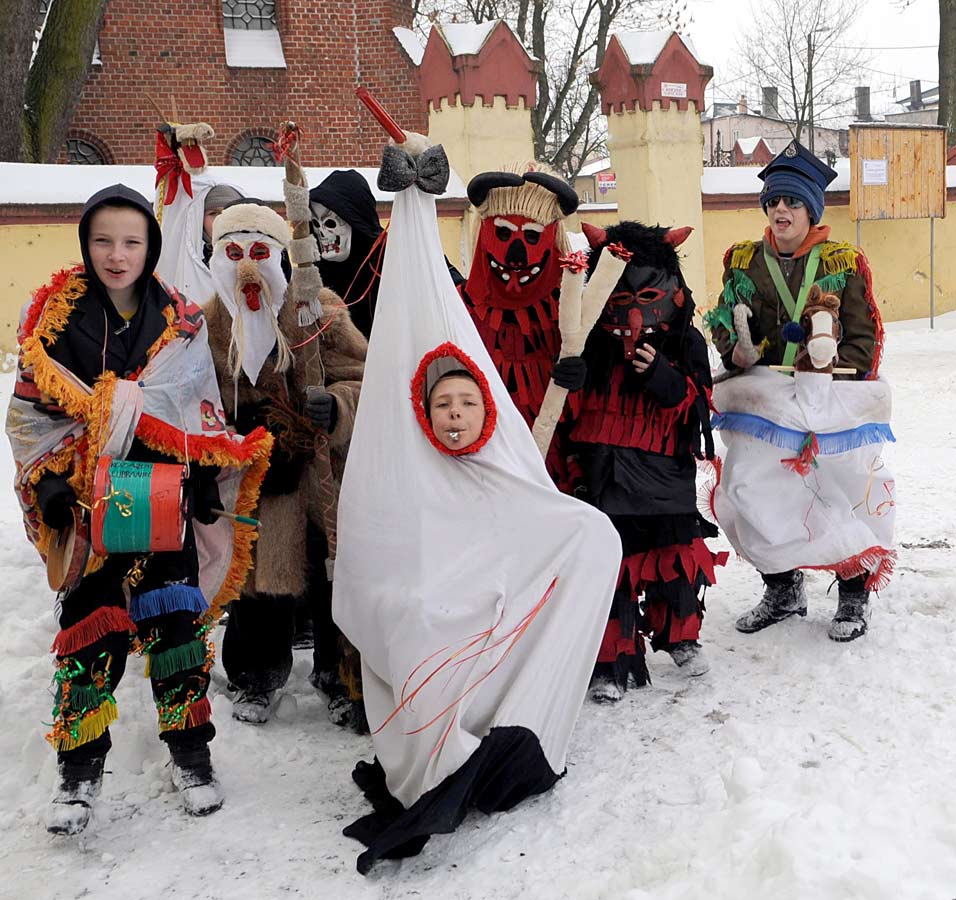 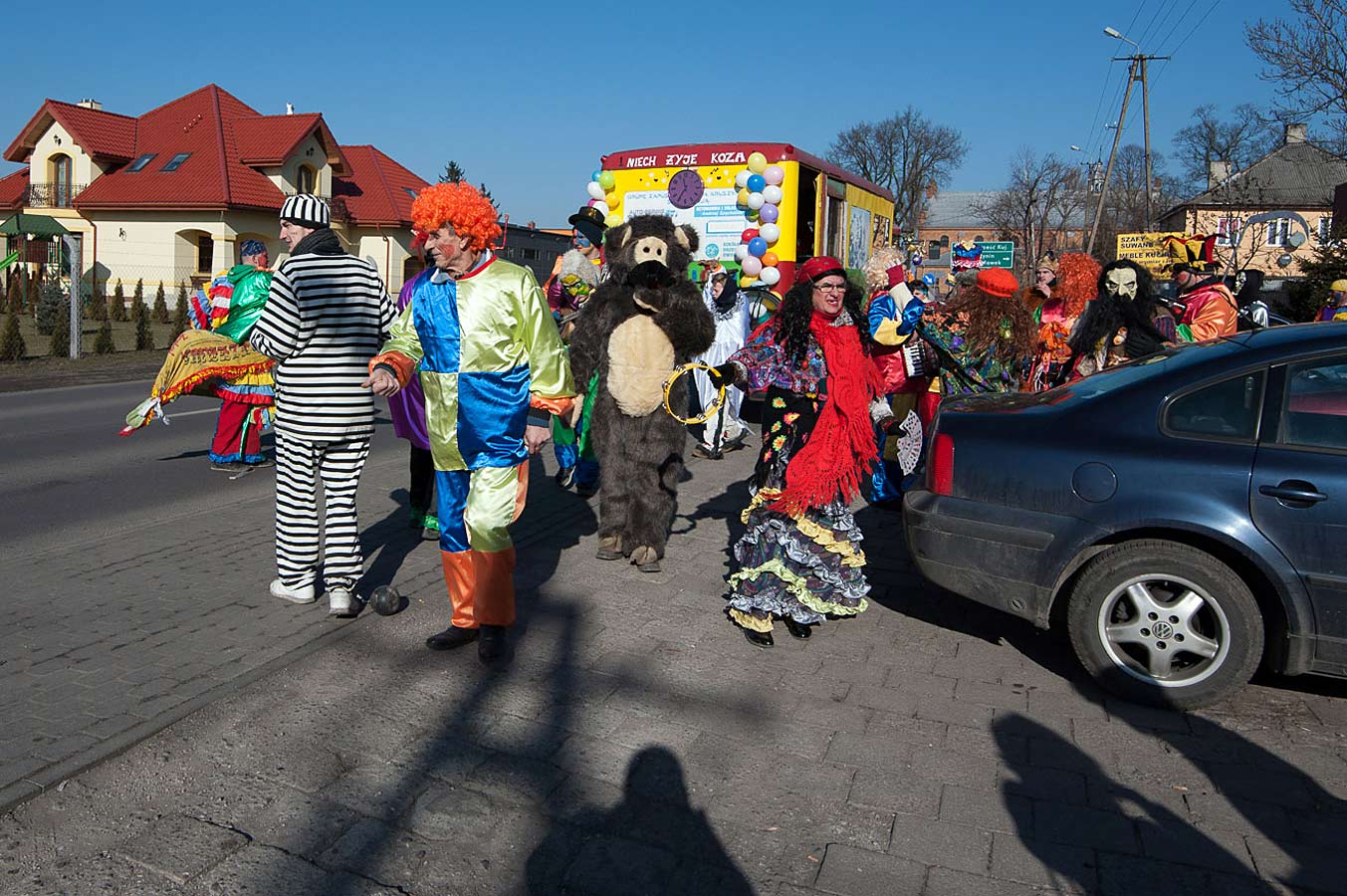 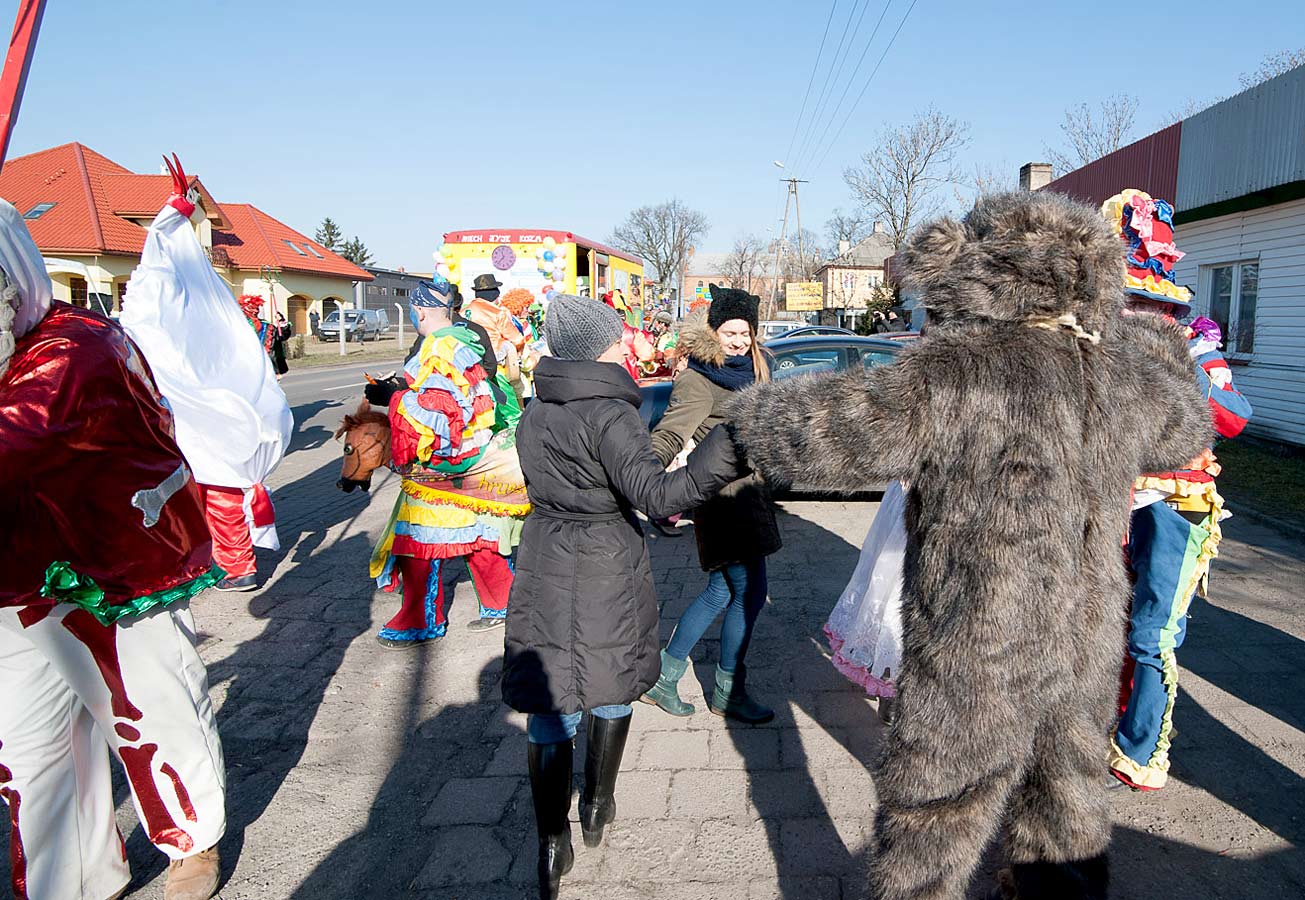 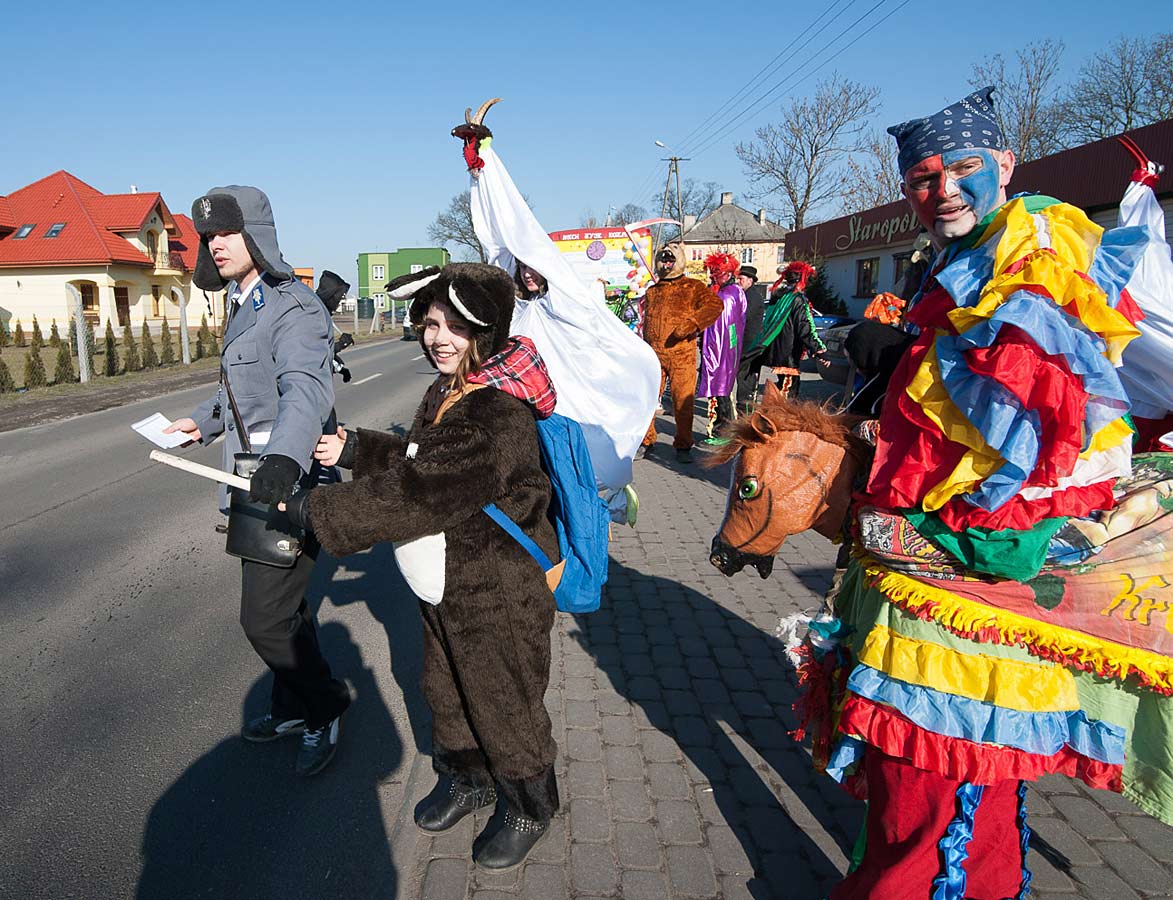 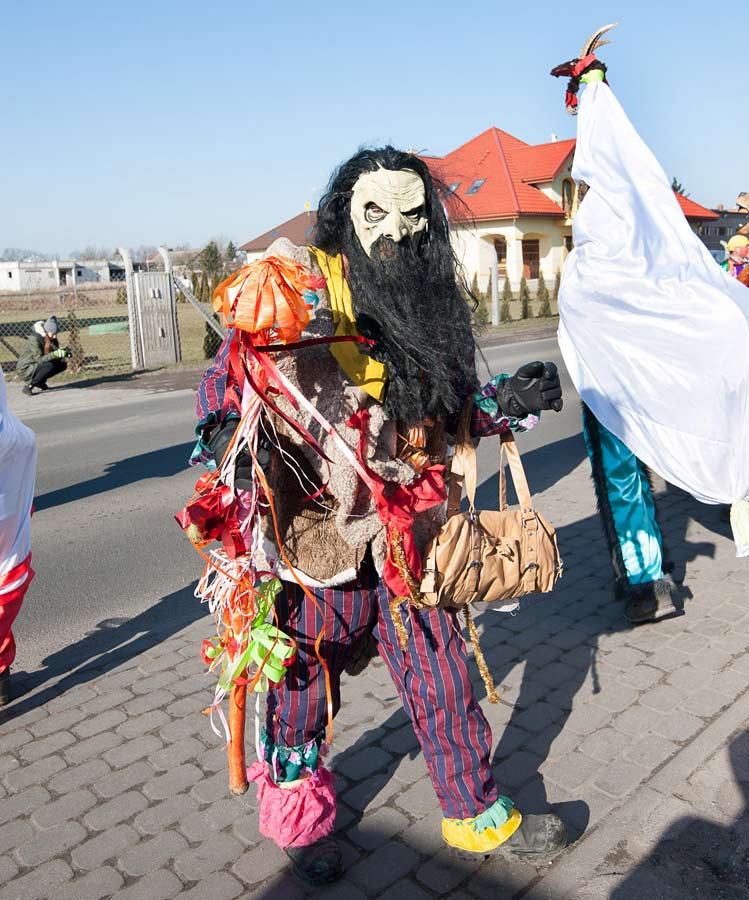 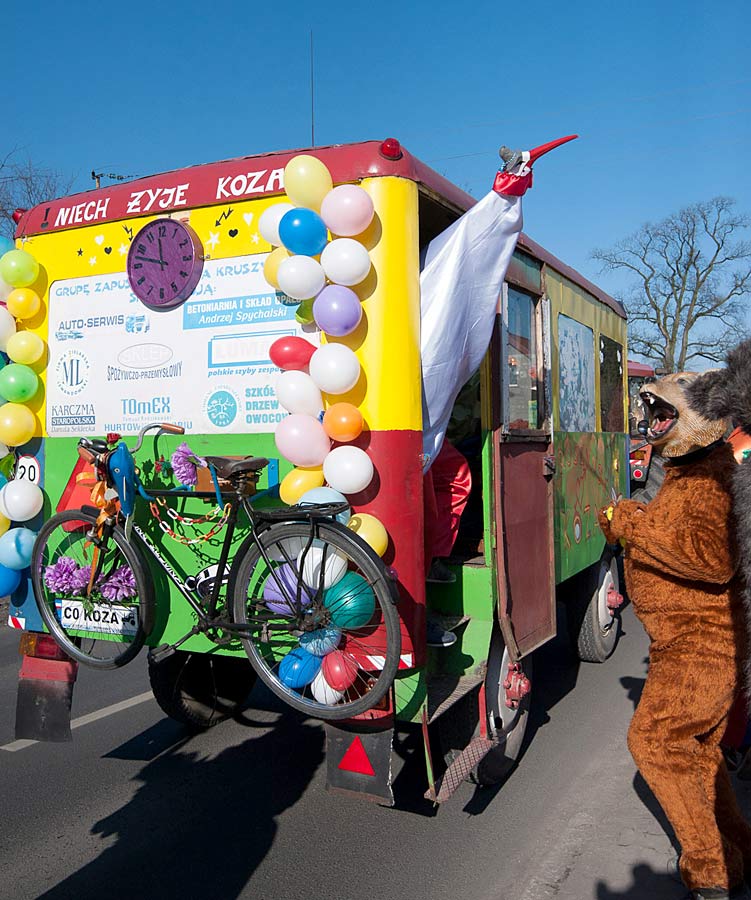 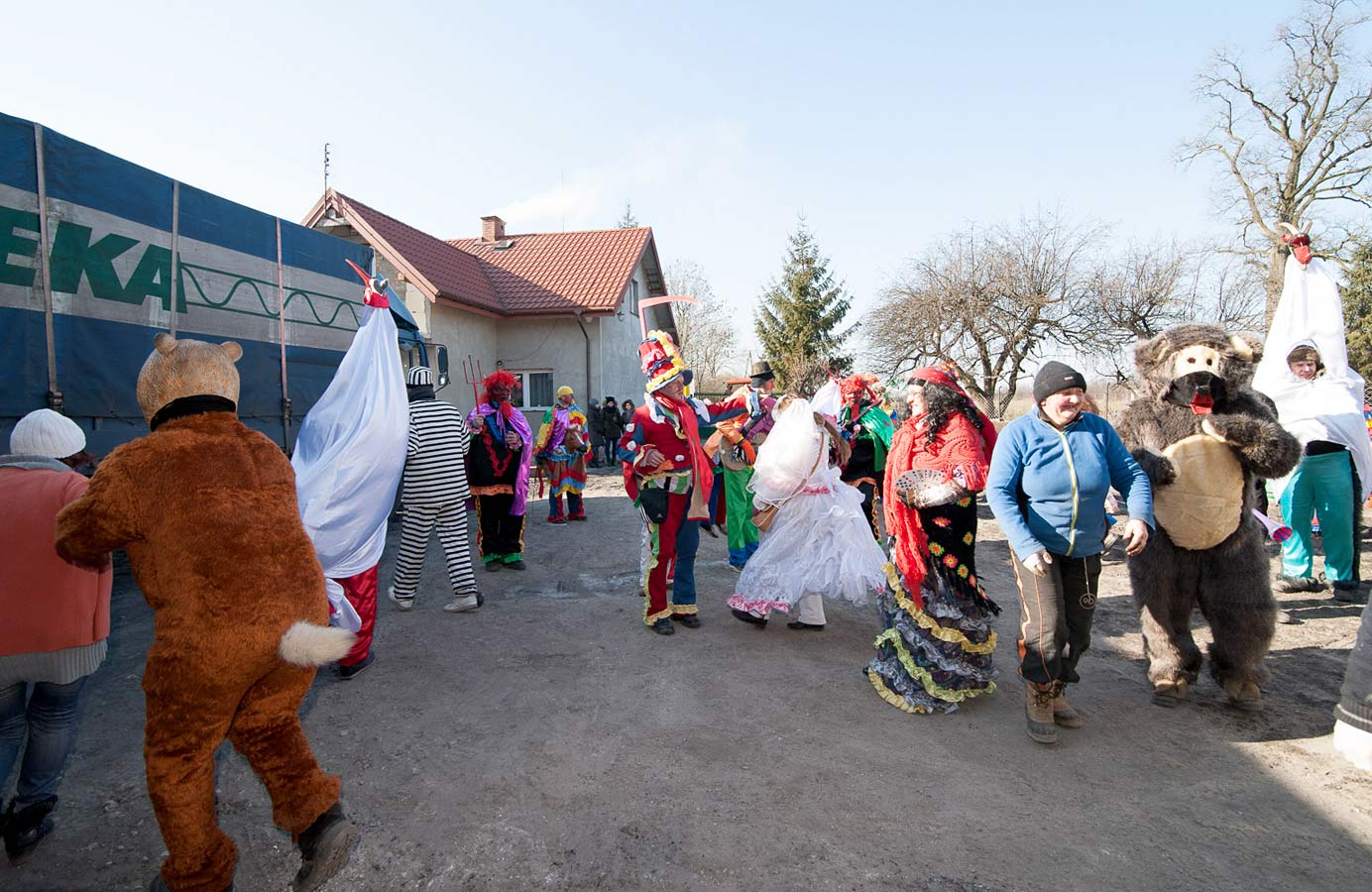 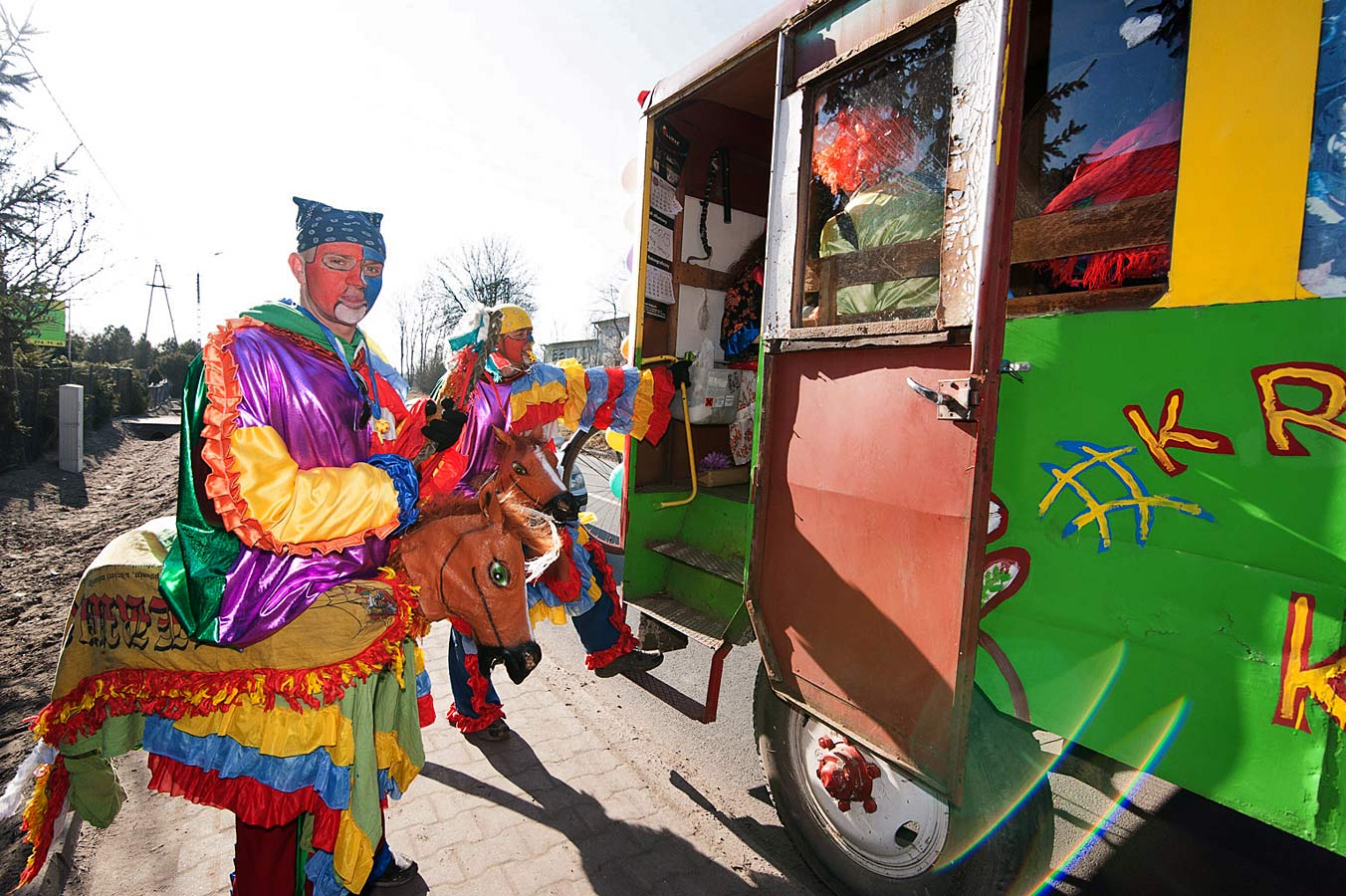 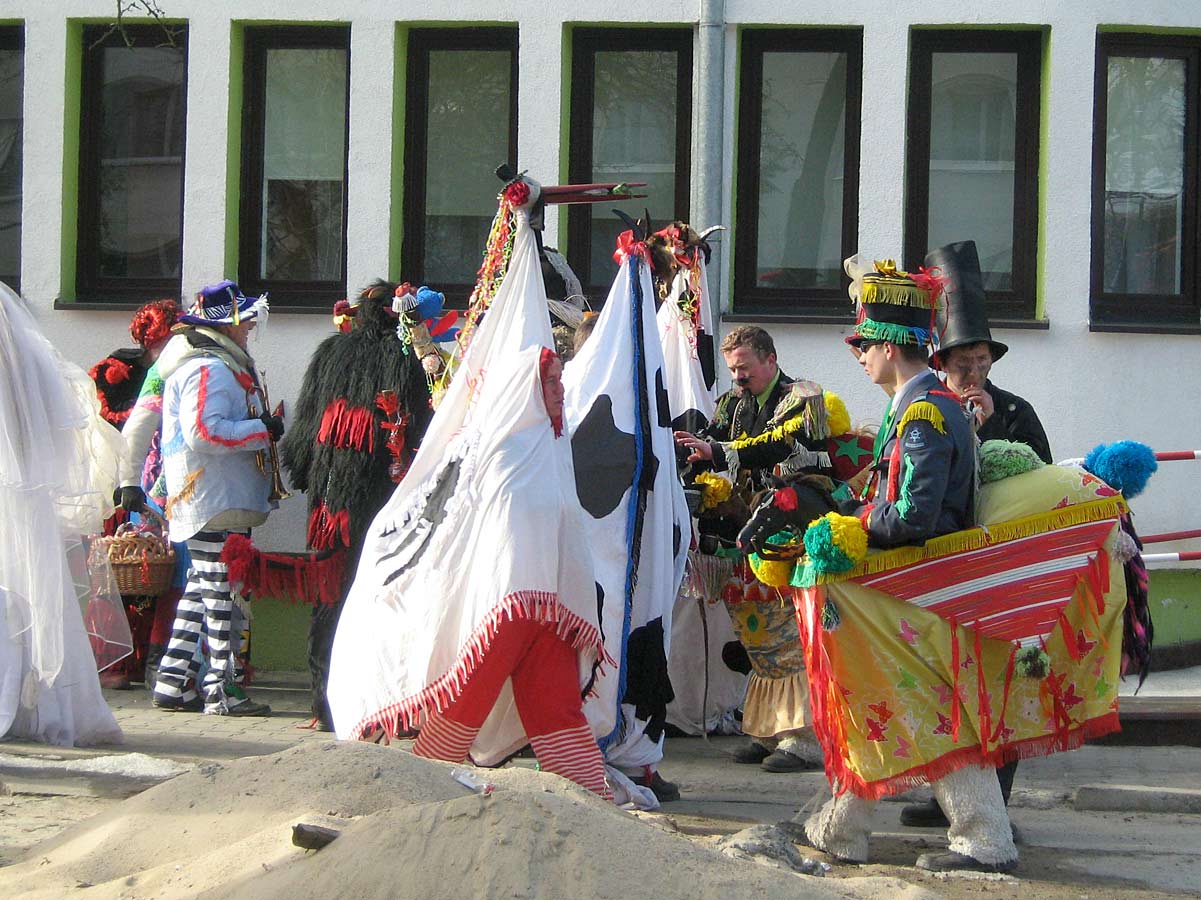 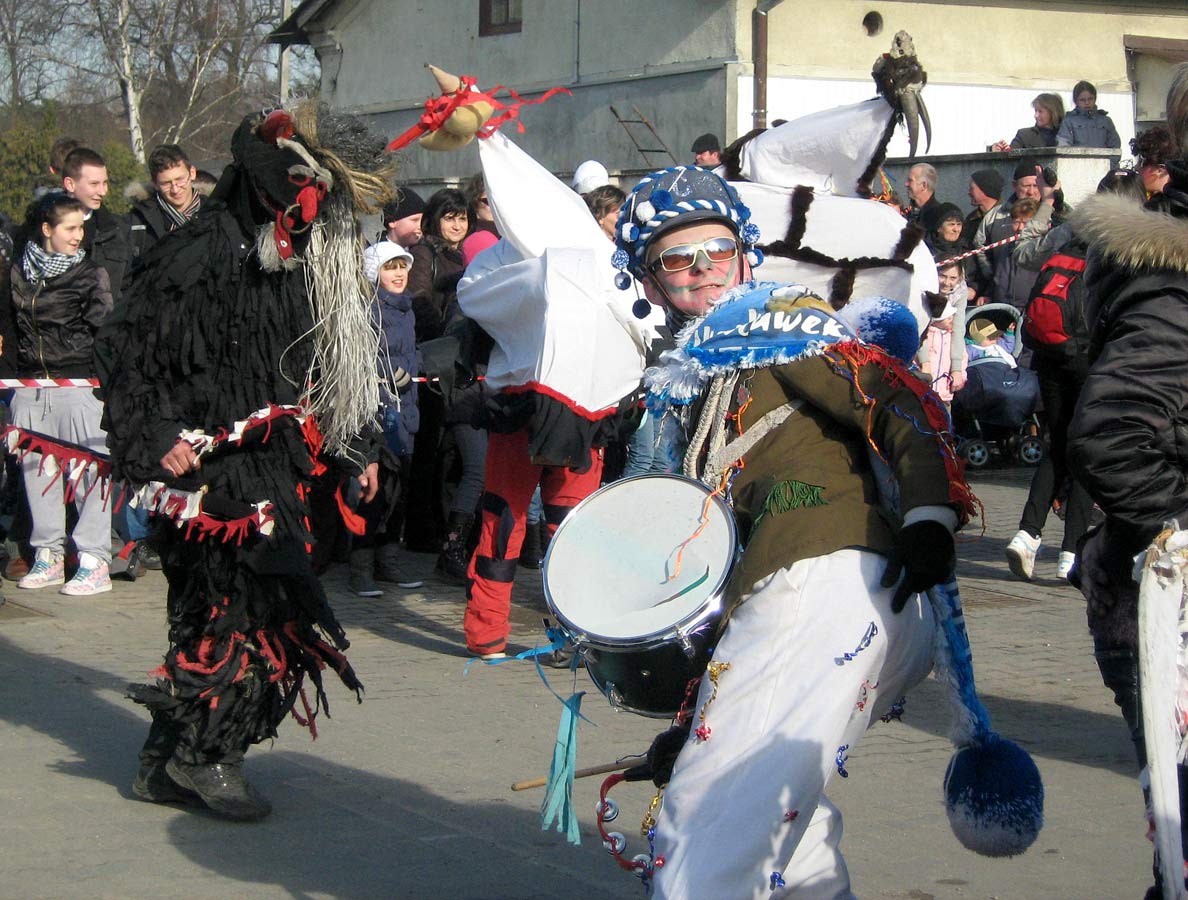 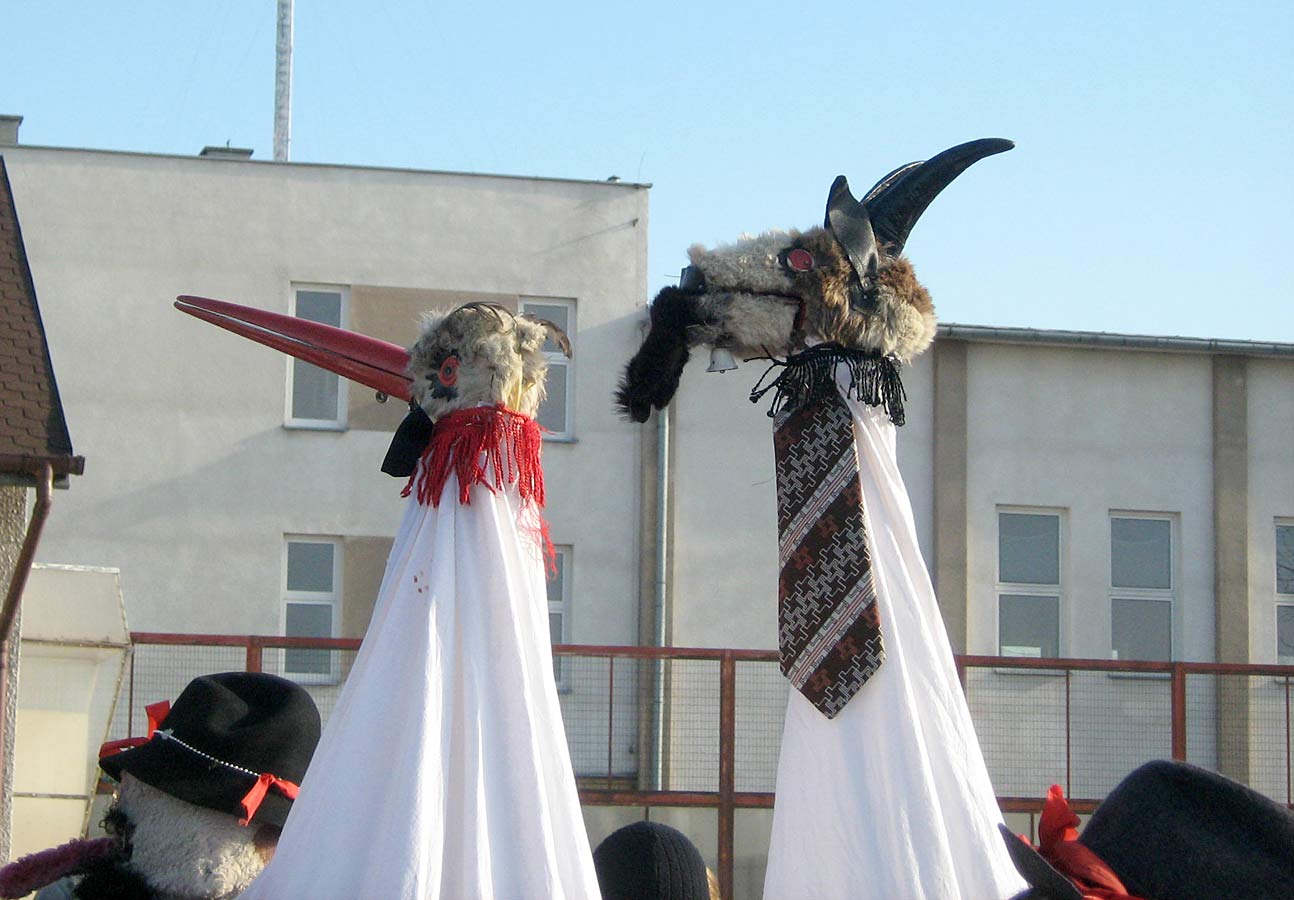 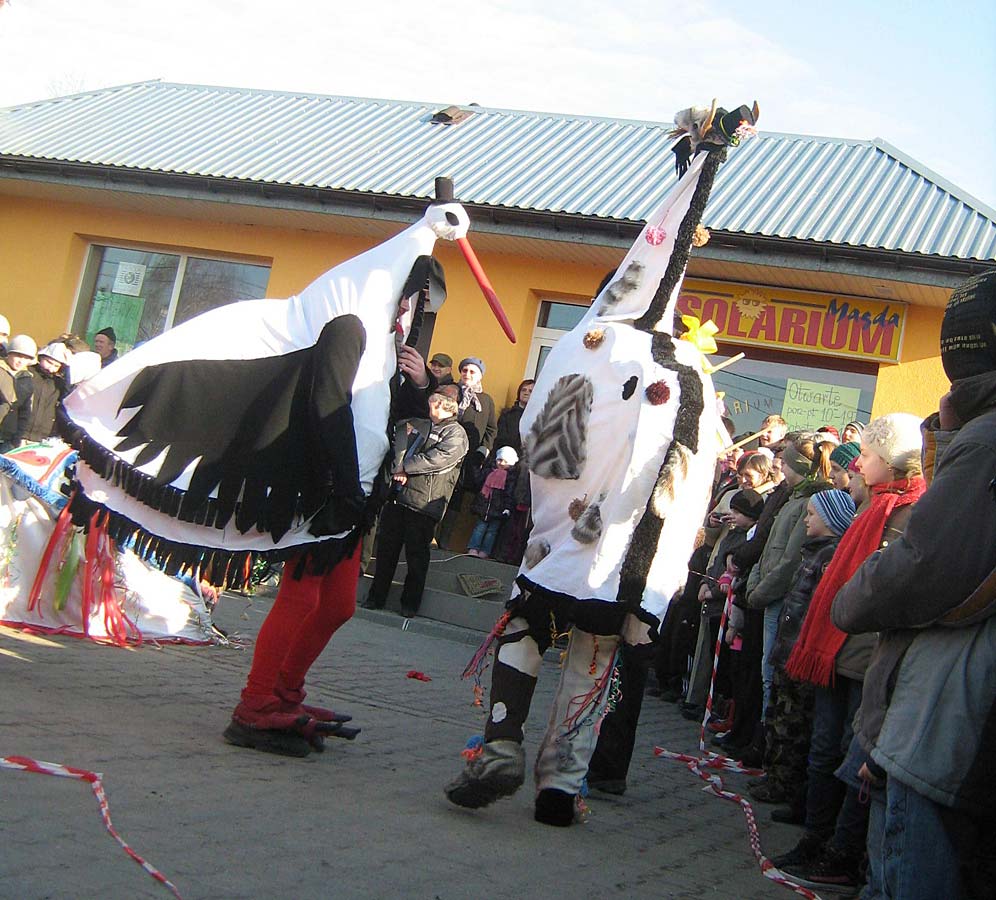 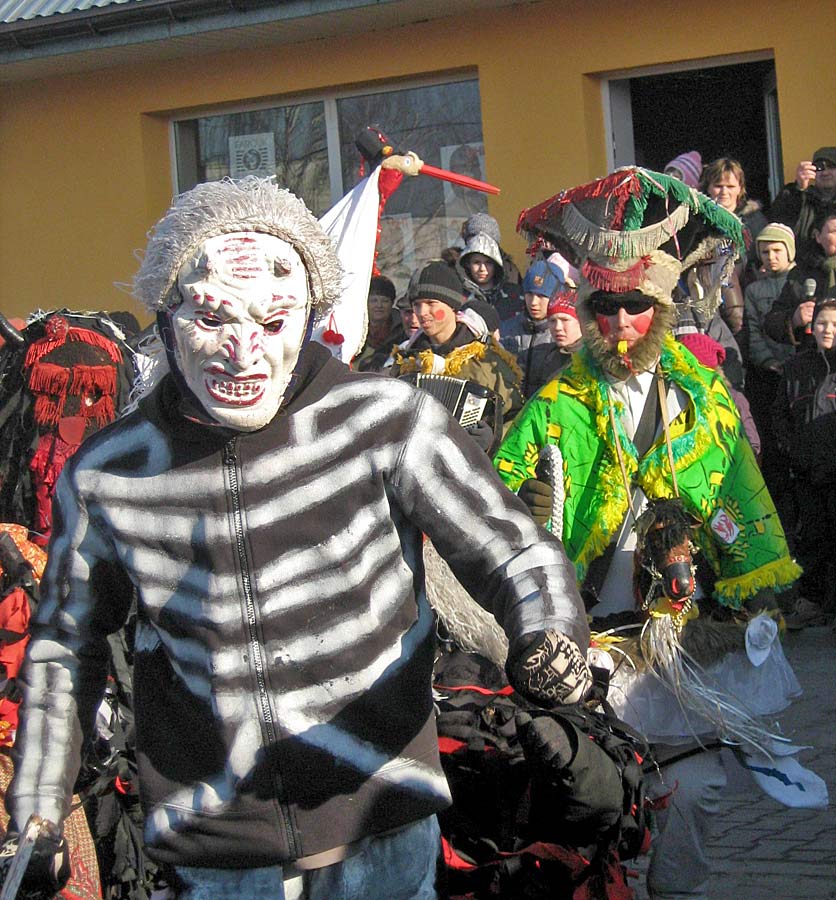 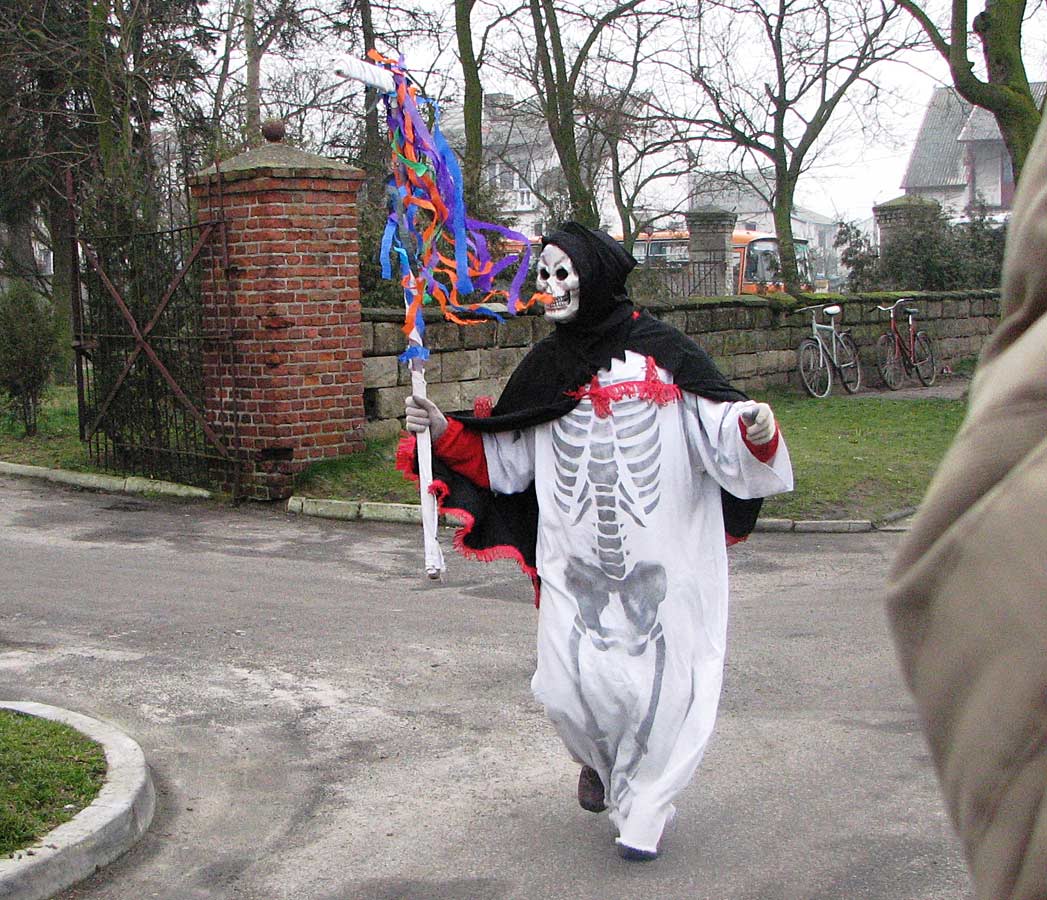 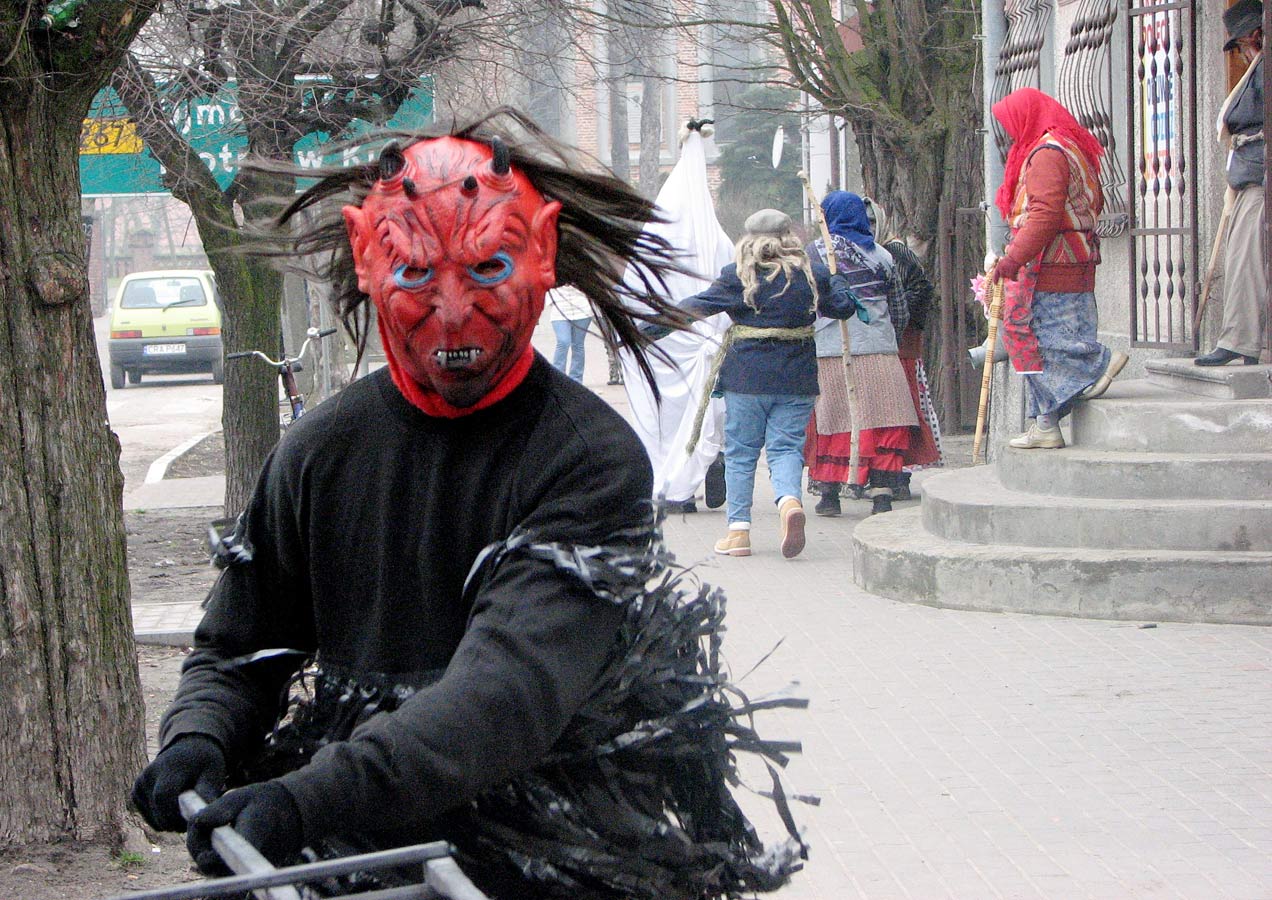 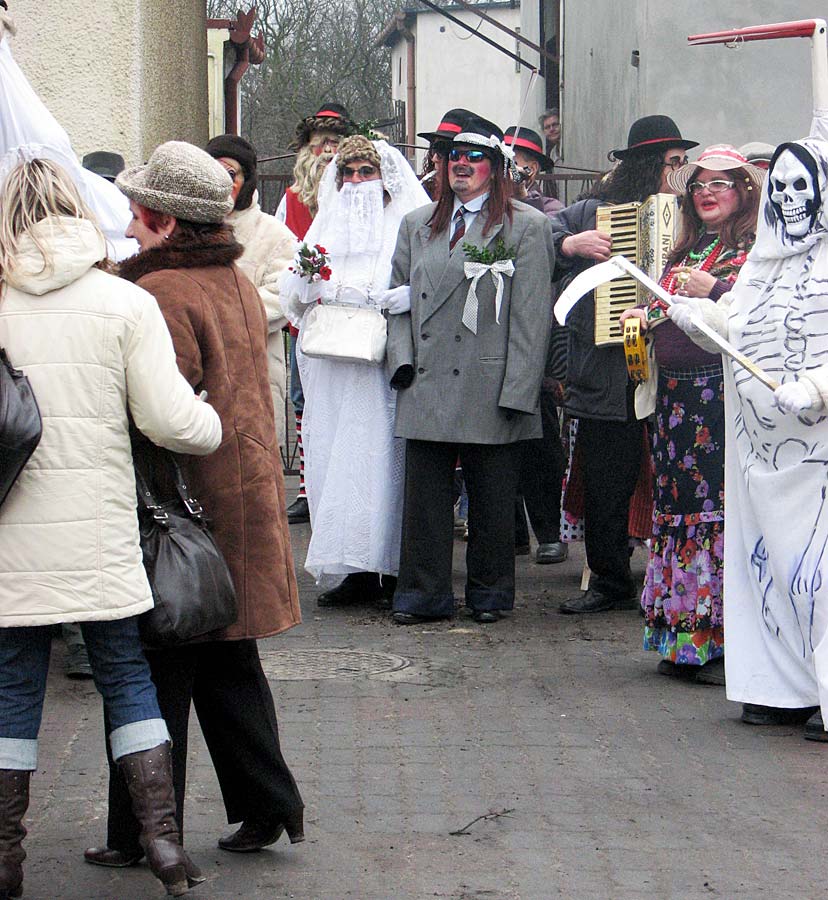 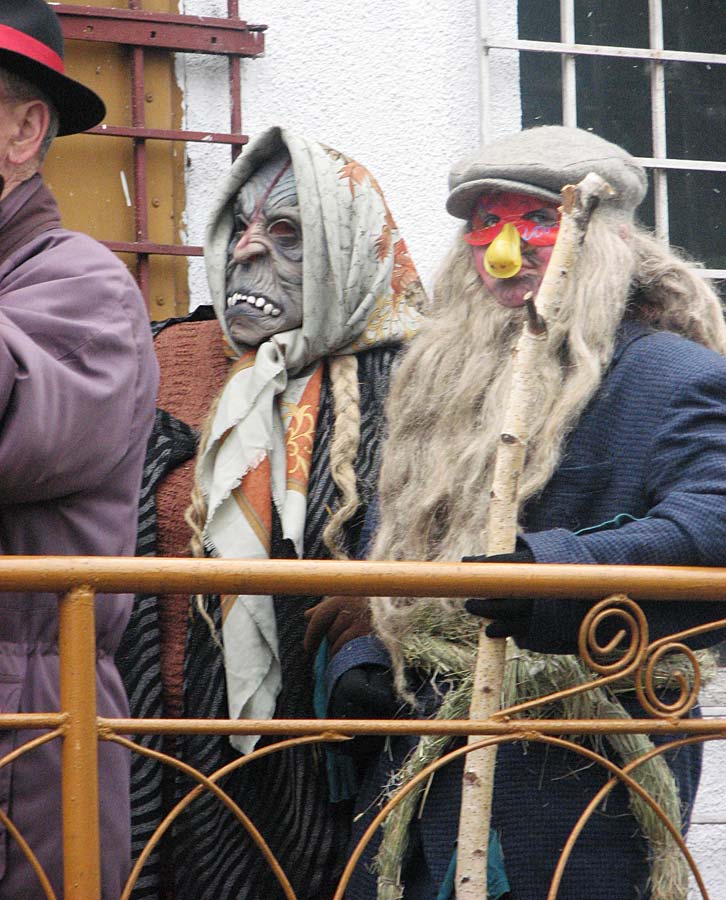 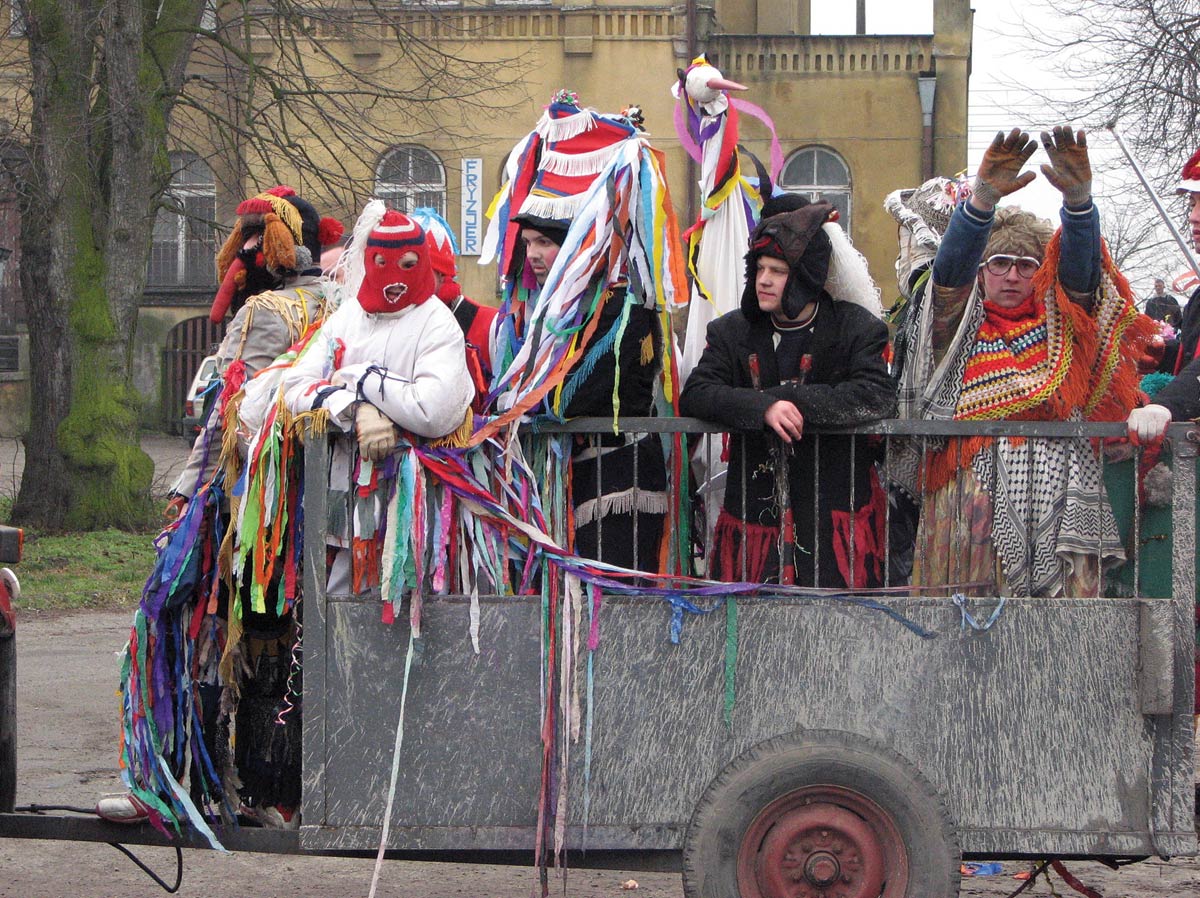 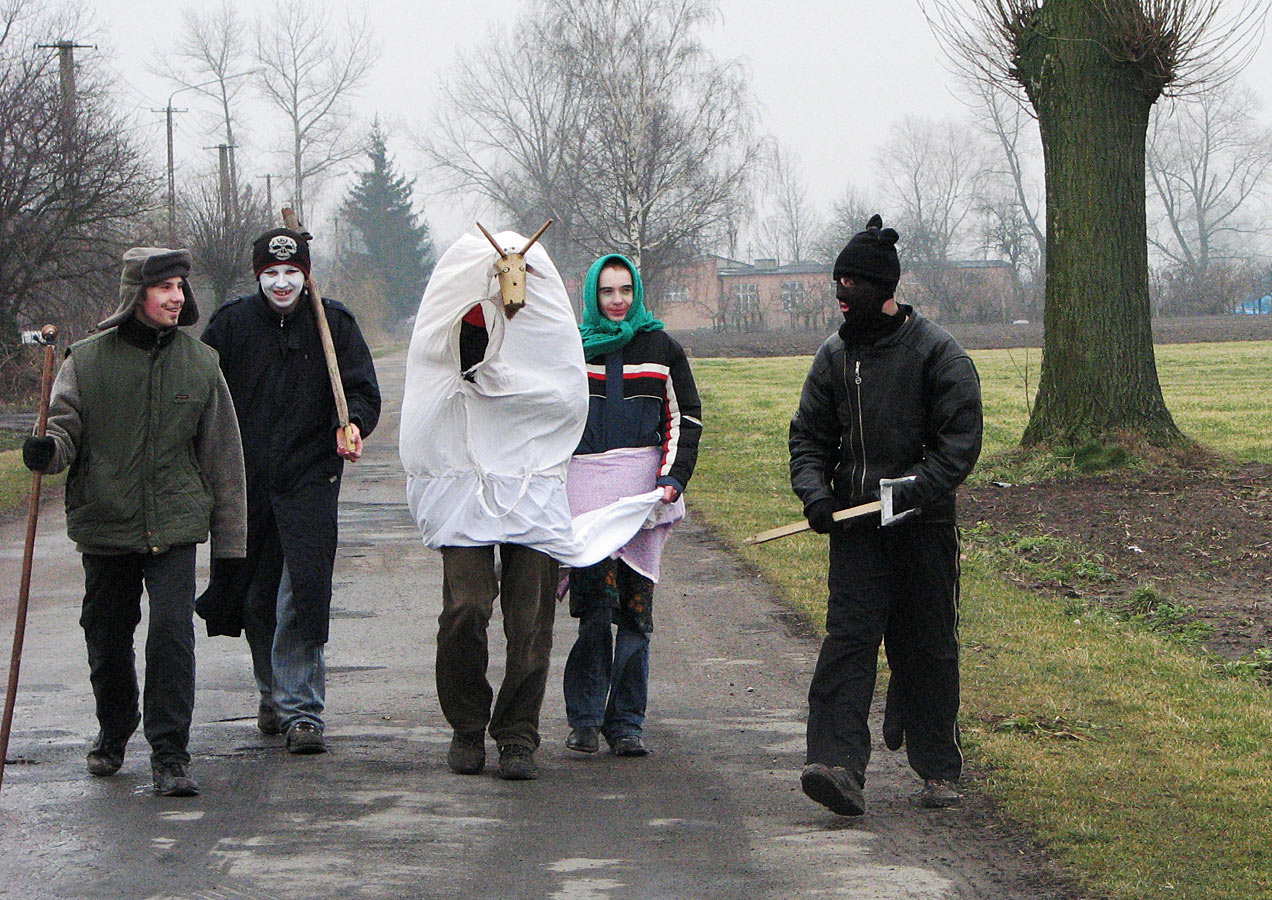 Surroundings of Waganiec, 2007,
phot. A. Kostrzewa